A ‘medical cost-sharing’ plan left this minister to pay most of his $160,000 bill 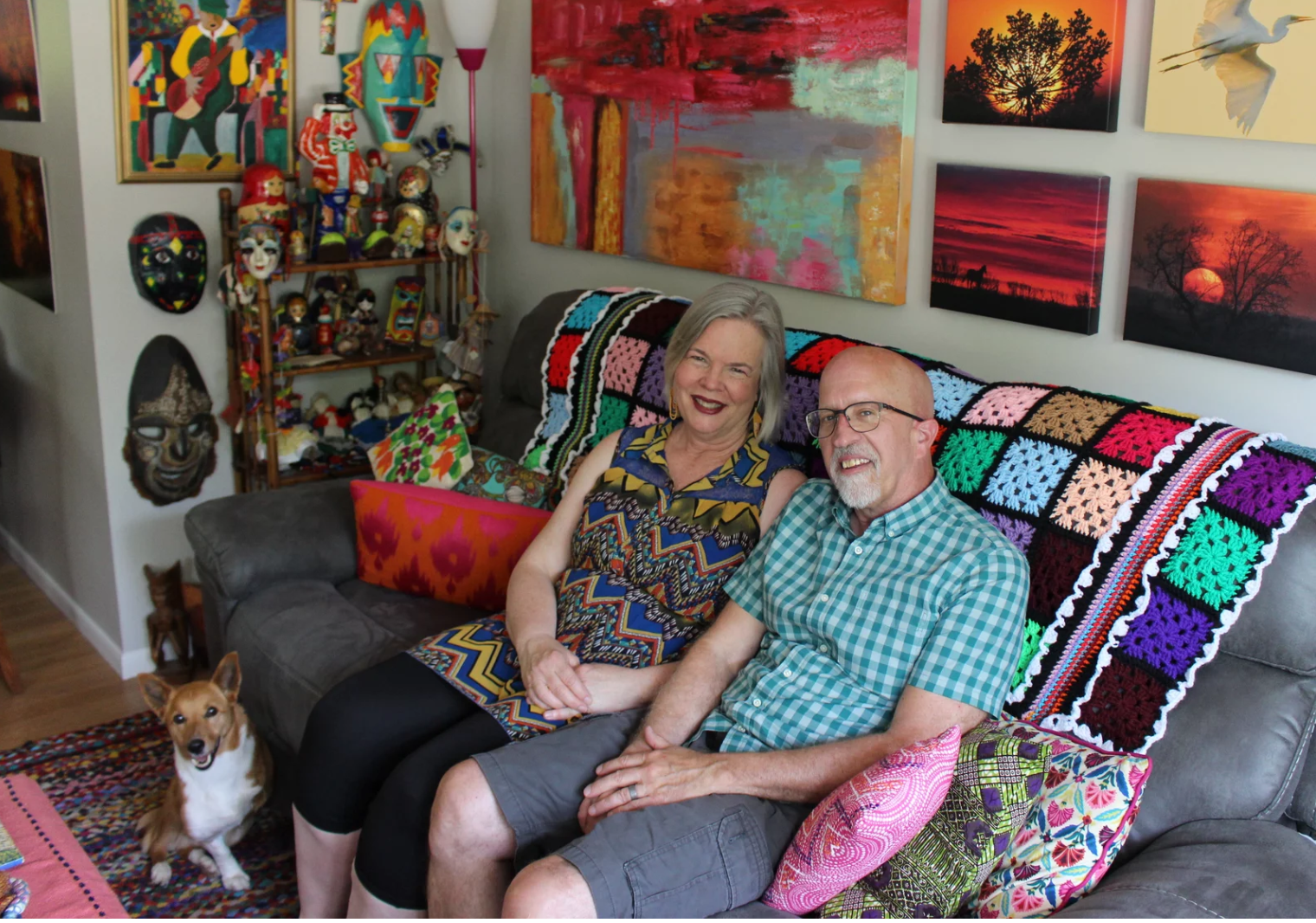 Kareen King calls it “the ultimate paradox”: The hospital that saved her husband Jeff’s heart also broke it.

What Happened Jeff King, of Lawrence, Kan., needed his heart rhythm restored to normal with a procedure called an ablation — sooner rather than later, his doctor said. Jeff asked the hospital for a cost estimate, but said he didn’t hear back before his scheduled surgery in January 2021 at Stormont Vail Health in Topeka, Kan.

The real pain came when the bill arrived in the mail a few weeks later. The Kings, who were uninsured at the time, were on the hook for nearly all of the cost.

Jeff and Kareen King received the bill for $160,000 a few weeks after Jeff had the procedure to restore his heart rhythm.

Instead of signing up for traditional health insurance, the Kings had joined what’s called a “medical cost-sharing plan” with a company called Sedera, which describes its service as a “refreshing non-insurance approach to managing large and unexpected health care costs.” With this alternative to health insurance, members agree to share one another’s expenses. The plans are often faith-based and have surged in popularity in recent years because they can be cheaper than traditional insurance — the Kings said their plan cost $534 a month, plus an additional $118 a month to join a direct primary care medical practice.

But the sharing plans offer fewer protections than insurance and come with provisos. The Kings said their plan did not fully cover preexisting conditions like Jeff’s heart condition for the first two years of coverage — and he needed the surgery after 16 months.

In a statement a Sedera spokesperson said it’s important that members understand the cost-sharing model and membership guidelines. “Sedera members read and agree to these prior to joining,” the statement read.

The Kings have dabbled in all sorts of health coverage in their 42 years of marriage. Jeff’s work as an evangelical pastor in his hometown of Osage City, Kan., almost never provided insurance for the couple or their five children, all of whom are now grown. The exception came during Jeff’s most recent stint leading a congregation, starting in 2015. Kareen remembered feeling “unworthy” of the $1,800 a month the congregation paid for their insurance.

“We certainly had never come up with those kinds of premiums ourselves,” she recalled.

But Jeff decided he had to leave that job in 2018. He said he felt forced out over differences with some of his congregants on eternal damnation (“As a loving parent, I could never punish my child forever”) and gay marriage (“Maybe God is a whole lot more inclusive than we are”).

After Jeff resigned, the Kings briefly bought insurance through the Affordable Care Act marketplace, but later dropped it because they weren’t eligible for subsidies and felt they couldn’t afford it.

That’s when they joined the Sedera plan. They knew the preexisting condition clause was a gamble, but medication had managed Jeff’s heart condition for years, and they didn’t expect he’d need medical procedures to address it.

What’s Broken: Without employer-sponsored insurance or federal subsidies to help fund their coverage, the Kings felt priced out of traditional insurance. But being uninsured left them exposed to hospital charges that ordinary patients typically never see.

Hospital charges are generally understood by health economists to bear little resemblance to the actual prices that are typically paid. Instead, they are more of an opening salvo in the high-stakes negotiations between hospitals trying to get as much money as they can for providing care and insurance companies trying to pay as little as possible.

But patients lack the bargaining power of large insurers, which may cover hundreds of thousands of patients in any given hospital’s catchment area. For patients like Jeff, the main recourse is to go through a hospital’s financial assistance program, although even with that help many patients can’t afford the bills hospitals send them.

Stormont Vail provided $19.5 million in financial assistance in tax year 2020 and wrote off about $13 million in bad debt, according to tax filings. Its net revenue from patient services was $838.7 million.

Bill Lane, a Stormont Vail administrator, said that in addition to providing financial assistance, the hospital works with patients facing high bills and offers payment plans with zero interest. Payments are often in the range of 10% of a person’s monthly income,” Lane said. For some patients the hospital has a “catastrophic discount” program that caps their balance at 30% of their gross household income. The hospital also works with a local bank to provide loans to patients to pay their bills. And the hospital sometimes sends patient balances to debt collection agencies.

Lane said he generally recommends that patients carry traditional insurance. He also said the hospital offers a “patient estimates module” and suggests patients wait to schedule surgery, if possible, if they want an estimate “to make an informed decision.”

What’s Left: Despite Sedera’s two-year waiting period to cover preexisting conditions, the plan did give Jeff $15,000 to help with his bills. After Jeff paid that to the hospital and then negotiated for several months, his final balance was reduced to $37,859.34 in November 2021.

For his payment plan, Jeff said he was told the hospital would accept no less than $500 per month — the equivalent of an additional mortgage payment for the Kings. Jeff estimates it will take the family more than six years to pay it off.

“I never expected this to not cost me anything,” Jeff said, “but I wasn’t expecting what it turned out to be either.”

The Kings are piecing together the funds to pay what they owe the hospital. A few months after Jeff’s ablation, they sold their home in Osage City — where they raised five children and where Jeff grew up — and bought a smaller house in Lawrence. They had hoped to use that money to build their retirement account, since Jeff’s decades of pastoral work didn’t include a pension or 401(k).

Instead, the home sale is helping pay Jeff’s medical debt. Kareen has part-time jobs, and the couple leveraged their life insurance policy, as well.

Jeff began work as a hospice chaplain — for the extra income, but especially to qualify the couple for health insurance. That meant less time for his passion project, running a nonprofit called Transmuto through which he provides spiritual guidance.

In February, Kareen checked again on whether the couple could afford Affordable Care Act insurance so Jeff could get back to Transmuto full time. Her Google searches for the federal government’s health insurance marketplace (HealthCare.gov) instead unwittingly landed her on websites that sell consumer information to insurance brokers. Speaking to one of those brokers on the phone, she bought what she said she was told was an Aetna plan. But it turned out to be a membership in a cost-sharing plan with a company called Jericho Share, which has received over 160 complaints on the Better Business Bureau website in the past year.

Jericho Share spokesperson Mark Hubbard said in a statement that the organization is “issuing full refunds when there is consumer confusion” and is continuing to “evaluate and update our marketing efforts to increase transparency and awareness.”

Hubbard also said Jericho Share is cooperating with regulators in California and New Hampshire that have questioned whether the organization meets state requirements of a health care sharing ministry. California is also questioning whether Jericho Share has indeed received 501(c)(3) nonprofit status from the IRS.

After canceling that plan and getting their money back, the Kings eventually did sign up for an ACA marketplace plan. Jeff has reduced his hours as a chaplain, freeing up more time for Transmuto. All in all, the couple feels pretty fortunate.

“It’s just so tragic the way our system is,” Jeff said. “It puts so many people into impossible financial straits.