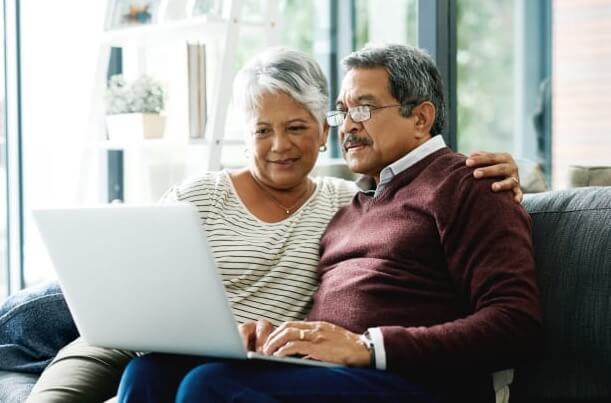 It’s fairly easy to be befuddled by Medicare.
With different coverage options, confusing enrollment deadlines, and disparate cost-sharing among beneficiaries, ending up with faulty assumptions isn’t hard.
However, some mistaken beliefs can be more costly than others. A survey of 1,000 Medicare beneficiaries explored their knowledge and found several misconceptions — related to enrollment and cost-sharing — that were shared by most of the respondents.

First, though, a refresher on the main parts of Medicare.

Basic, or original, Medicare consists of Part A (hospital coverage) and Part B(outpatient care).
Some beneficiaries choose to pair Parts A and B with Medicare supplement insurance, or “Medigap.” These policies are sold by private insurance companies and cover various cost-sharing that comes with Part A and B — i.e., copays, coinsurance or deductibles. If beneficiaries go that route, they often also purchase a standalone Part D plan (prescription drug coverage).
Alternatively, about a third of beneficiaries choose to get their Part A and B benefits delivered through a Medicare Advantage Plan (Part C). Those plans, also sold by private insurers, have their own cost-sharing structures — which means copays, deductibles, etc. can be different from those under Original Medicare. Advantage Plans also typically include Part D prescription drug coverage.
Here are the biggest misconceptions among beneficiaries, based on the survey conducted by MedicareAdvantage.com, which is owned by TZ Insurance Solutions.

False: The Part A deductible is an annual deductible

Most survey respondents (86%) incorrectly thought the Part A deductible — which is $1,408 for 2020 — is applied annually.
Not so. The deductible is applied per “benefit period.” And if you have basic Medicare (again, Part A and B) and no additional coverage, you generally would have to pay that deductible for each of those periods.
The benefit period starts when you are admitted to the hospital or a skilled nursing facility. When you’re discharged, that benefit period doesn’t end — it remains open for 60 days, said Danielle Roberts, co-founder of insurance firm Boomer Benefits.

“If 60 days go by and you are admitted again, you’ll pay that deductible again.”

Danielle Roberts
Co-founder of Boomer Benefits
“So if you return to an in-patient setting within 60 days, you’re in the same benefit period,” Roberts said.
“But if 60 days go by and you are admitted again, you’ll pay that deductible again,” she said. “Some people can end up paying it more than once in a year.”
So-called Medigap policies generally pick up that deductible. Advantage Plans, because they have their own costs, generally won’t have that Part A Deductible. However, that doesn’t necessarily mean you’d pay nothing.
“An Advantage Plan could have something you pay toward a hospital stay, but it might be in the form of a copay rather than a deductible,” Roberts said.
Sometimes that’s a daily copay of, say, $200; other times it’s a flat copay — maybe $500 — for the full stay.

While 70% of the surveyed beneficiaries think there are annual limits to what they would pay for services under Part A and B, there are not.
“It’s natural for people to assume that after they meet their deductibles, they’ll pay 20% of costs until they hit a limit — but there is no limit,” Roberts said. “Imagine paying 20% of say a hip replacement or eight weeks of chemotherapy.
“That can ultimately be thousands or tens of thousands of dollars.”
She said some people think about paying 20% (standard under Part B) of a doctor’s visit, which may not amount to much, and assume it will never translate into an enormous bill.
“They don’t think about 20% of the worst-case scenario,” she said.
Advantage Plans come with out-of-pocket spending caps that vary. And if you have a Medigap Policy, it also can limit how much you pay out of pocket.

False: If you’re not auto-enrolled in Medicare, you’ll be notified by the government

Most survey respondents (71%) also got this one wrong.
For people receiving Social Security benefits — which can be tapped as early as age 62 — auto-enrollment in Medicare occurs at age 65. Otherwise, you need to remember to sign up on your own when you reach that age.
Your initial seven-month enrollment window starts three months before your 65th birthday and ends three months after it. If you miss that time frame and then later sign up (and don’t have other acceptable coverage), you could face late-enrollment penalties for not having Part B when you should have. That penalty equates to 10% of the standard Part B Premium for every 12 months that you should have been enrolled in but was not.
While the government won’t alert you about your Medicare Eligibility, if you’re still working, your employer may let you know, Roberts said.

Get a Medicare Supplement to cover your out of pocket exposure: www.AZhealth.us