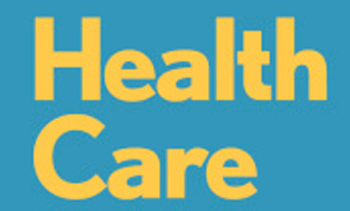 A presidential election year can seem like a time of uncertainty. The current President is trying to hang on to his job while other candidates—in this case, a couple of dozen other candidates—are busy explaining all the things that they will change if they are able to unseat him. Other elected officials are up for re-election as well, so there are plenty of proposals and promises and criticisms and sound bites. With all of the noise, it’s easy to understand why people are unsure about what will happen in the months and years ahead.

Interestingly, though, the period we’re in right now, about 15 months before the 2020 election, is actually a time of stability in the Health insurance industry. Why? Because very few major changes are likely to happen between now and the election. Everyone is talking about what they want to do, but in the meantime, they’re not doing much of anything at all. We have a divided Congress that can’t agree on most issues and certainly not on health care, so there’s almost no chance that a bill expanding or repealing the ACA will make it to the President’s desk.

Even after the election, it will be a while before any big changes will come. If a new President takes over in 2021, his or her ability to make major changes will depend in large part on whether the Democrats win control of the Senate (and by how much). It’s hard to see how Medicare for All or even a public option could pass without a supermajority in the Senate. Even a successful expansion of Medicare would take some time to pass and even longer to be implemented, so we’d likely continue as-is for a couple of years and probably longer. With a Democrat in the White House and no supermajority in the Senate, the ACA would almost certainly survive, but we wouldn’t see any major expansions.

If President Trump wins a second term, he will continue to push for a repeal of the ACA and the implementation of a new plan that we have yet to see (he’s promised to unveil it after he wins re-election). However, he too will have difficulty achieving his goals unless he either has a supermajority in the Senate or Mitch McConnell does away with the filibuster.

Long story short, it’s difficult to see how any Major Health Care bill will become law in the next two years, and every big piece of legislation has a transition period, so not much will change anytime soon.

Sure, there will be some minor adjustments as the President signs new executive orders. Several new rules have already been written as a result of his previous executive orders, and we could soon see new regulations related to pricing transparency and Health Savings Accounts following his most recent directives. Still, these are regulatory changes, not a complete overhaul of the system.

The one thing that could cause a major disruption in the health insurance industry, though, is a decision in Texas v. the United States. While it is currently in front of the Fifth Circuit Court of Appeals, the case is likely to be taken up by the Supreme Court and could find the entire Affordable Care Act unconstitutional. With no fallback plan and many of the prior safety net programs like the state risk pools no longer in place, an adverse ruling would create chaos for brokers and their clients.

In summary, with no big changes on the horizon, we’re in an unusual period of predictability and stability in the Health Insurance Industry, so it’s smooth sailing ahead—unless we hit an iceberg.