Health Insurance Subsidies, Set To Expire At The End Of 2022, Extended Via The Inflation Reduction Act 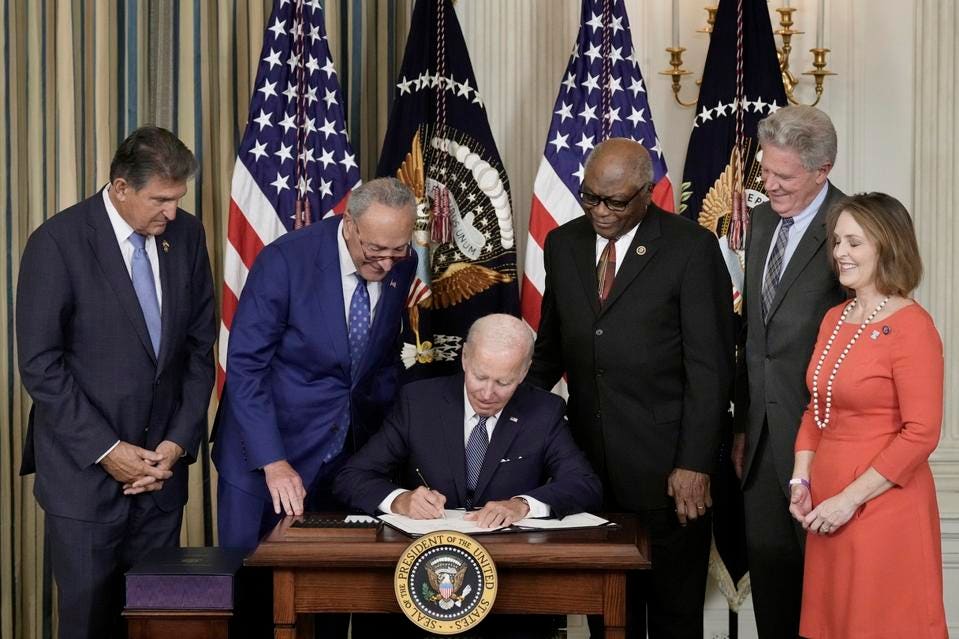 Americans may not be buying that the Inflation Reduction Act will actually reduce inflation, with 57% of voters surveyed in a Morning Consult poll saying they expect the new law will have no positive impact on inflation and could make it worse.

But for people who buy their health insurance on Healthcare.gov, the new legislation may represent real savings.

The Inflation Reduction Act includes a provision to extend health insurance subsidies to reduce monthly premium expenses for the next three years. These subsidies, expanded via the American Rescue Plan Act of 2021, were set to expire at the end of this year. Had they expired, the Kaiser Family Foundation (KFF) estimated that nearly all of the 13 million people receiving subsidies for their Health Insurance Marketplace insurance would have faced increases in their monthly premiums because of the combined impact of premium rate increases and reduced subsidies. For people who enrolled in the federal Marketplace, Healthcare.gov, premiums could have gone up by more than 50%.

Before the American Rescue Plan went into effect, premium tax credits were only available for people who earned between 100% and 400% of the federal poverty level (FPL). Tax credits could be taken in advance and paid directly to the health insurance company to directly lower insurance premiums, called Advanced Premium Tax Credits, or credited through annual tax filings. Either way, the subsidies were reconciled at tax time to account for income changes that could affect eligibility.

People earning more than $54,360 (400% of the FPL in 2022) previously faced a subsidy cliff. People who earned more than 400% of the FPL were subject to the full premium expense with not help to offset health insurance costs.

With the American Rescue Plan, the criteria changed from a hard income cut off to a percent of annual income that would be required to pay for health insurance. Anyone who would have to pay more than 8.5% of their income for health coverage could qualify for subsidies, regardless of their income. This approach reframed the premium tax credits around affordability.

According to the U.S. Department of Health and Human Services, 14.5 million people signed up for health insurance through Healthcare.gov (the federal Marketplace) and state-based Health Insurance Marketplaces in 2021. More than 90% of these enrollees qualified for some type of subsidy, with premium savings averaging $67 per person per month.

The Inflation Reduction Act has garnered more attention for its potential impact on prescription drug prices, which 83% of Americans say are unreasonable.

For the first time, the new law allows Medicare to negotiate the price of 10 prescription medications covered by Medicare Part D in 2026. The scope of negotiations increases to 20 drugs—including drugs covered by Medicare Part B—by 2029. The law also caps out-of-pocket insulin costs at $35 per month for Medicare enrollees, reduces coinsurance for Part D catastrophic coverage in 2024, and adds an overall Part D annual out-of-pocket cost cap of $2,000 in 2025.

According to KFF, it is unclear how many people will benefit from drug price negotiations without knowing which specific drugs will be impacted, but other provisions may help between about 1 million and 4 million Medicare enrollees save money.